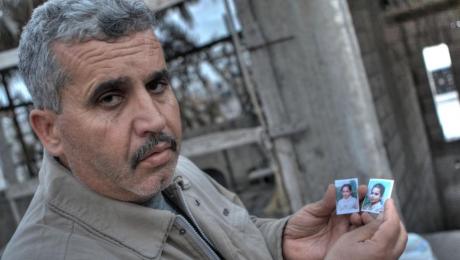 Here you'll find all you need to know about SPEAK's campaign on military drones. Read on for prayer and action ideas and links to more information.

My wife was afraid to let the children go up onto the roof to play, but I said it's OK, Israel has lots of technology. They know their targets, they see everything. The children should go up in the sun, there is nothing for them to do in the house'. We heard the drone above but it was always flying around.

At around 3pm, the Israeli drone launched a missile at the roof of Muhhamed's family home and killed Shaza 10, and Isra, 11, and injured three other children, two of whom lost their legs.

Drone, or Unmanned Aerial Vehicles (UAVs) are aircraft controlled by 'pilots' from the ground, sometimes thousands of miles away. They are increasingly being equipped with bombs and missiles for airstrikes.

Critics and supporters all agree that drones are chaing the way we wage war, and even how we relate to other countries. And yet there has been almost no parliamentary scrutiny and even less public consultation.

We'd love for you to take some time to do some further reading, or think about holding a prayer evening, or contact us to receive Pray & Post campaign cards on this issue.