What Future Can We Afford 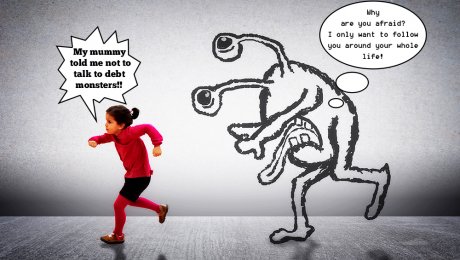 If graduates begin their career with a lifetime of debt and reduced chance of affording a home. What educated chance do they have of making a ‘better life’?

At SPEAK, we’ve previously focused on injustice and the unsustainable nature of the banking industry, with campaigns like Break the Code, encouraging individuals to write odes to the banks to raise awareness of the huge systemic problems in finance. We’ve also had actions like Run on the Banks; a fun run around the banking district to highlight some of its absurd and awful financial practices (https://speak.org.uk/blog/speak-weekender-aftermath ).

Throughout the years we have also focused on global debt, as a member of the Jubilee 2000 coalition we collaborated on the Make Poverty History campaign that led to a record £100 billion worth of debt cancelled. In 2012 the Conservative- Liberal Democrat coalition government's drive to increase tuition fees was implemented, almost tripling the previous fee's. Setting the higher threshold at £9000 per year for a university undergraduate degree for British Nationals in the UK. 76% of HE institutions currently charge this upper rate. With Maintenance Grants also recently being ceased. It really is a tough time for young people starting out on their higher learning and career paths.

According to the Institute of Fiscal Studies students average debt has almost doubled to over £40,000 since the changes of 2012 (1). Research suggests the new system has not saved the government any money, the stated reason for implementing changes, as a huge 40% of student loans will not be paid back. It was predicted that public sector debt will rise by up to £100bn over the 20 years proceeding 2012 (2). With the cost of government borrowing adding significantly to the national debt in the short and medium term. According to the Intergenerational Foundation, the rise in annual student loans costs is between £5-6bn a year - far more than the £3bn annual savings achieved through cuts to universities' teaching grants. The government predicts this will stabilise by 2030 but other research bodies wait with baited breath on that note.

The Financial Times published that graduates who paid fees of up to £9,000 a year are estimated to have left university with an average of £44,000 of debt, compared with the average £16,200 of debt faced by those who graduated five years earlier. About 70 per cent of students who left university last year are expected never to finish repaying their loans, according to modelling carried out by the Institute for Fiscal Studies. Instead they will have to make repayments for 30 years before then having the unpaid loan written off. This is in stark contrast to earlier generations of students. Of those who graduated in 2002, 44 per cent had already paid off their loan within 13 years, according to new data from the Student Loans Company. This raises serious concerns about the ability of the new generation of graduates to get a mortgage. Compared to previous generations, it will take longer for graduates to have the income necessary to buy a home.

In 2013, the pre-1998 student loan book, including around 300,000 past students loans, worth £890m was sold to private company Erudio Student Loans (CarVal Investors and Arrow Global) for £160m (3). This act of privatisation is not only a shocking giveaway for the taxpayer but is also terrible for the graduates as Erudio has a noted record of malpractice. Then 2014, the government tried to privatise the 1998-2012 student loan book but this move was halted after many student protests, and a last minute U-turn decision of Vince Cable then the Secretary of State for Business, Innovation and Skills. However it seems this stall will not hold fast. The 2008 Sale of Student Loans Act enshrines the desire of policy makers to sell student debt soon and leave the worry of future government income to future governments.

Recently The Treasury's Budget, under Theresa May, has indicated their intentions to continue the sell off: “The government is making progress towards achieving a further £5 billion of corporate and financial asset sales by March 2020... the government is continuing to pursue the sale of the pre-2012 income contingent repayment student loan book, with a first sale in 2016-17” (4)

THE MARKET IN LEARNING

Marketisation mechanisms now shaping Universities are increasingly reflected in the developments we are seeing. For instance by using results from NSS Students surveys as measures of teaching quality in the Teaching Excellence Framework (TEF) which rate an institution’s teaching quality on the basis of a set of core metrics. TEF assessments are proving a tier system by which inflation increases will be applied to tuition fees. The government have announced that they will be using the RPIX measure of inflation, which will be set at 2.8% for the first fee increase, meaning that students in 2017-18 could be paying £9,252 in their first year of study with further increases in subsequent years. Inflation projections suggest that students could be paying over £11,800 by 2026 on this basis. By using NSS results in TEF, the government are effectively using student feedback as a mechanism to raise tuition fees. We see this as a reflection of instilling market competition values within education.

The issue of student debt could be understood within the context of seeming commercialisation of HE & FE (Higher Education and Further Education). The introduction of the Teaching Excellence Framework also enables the government to link tutor pay to their graduates’ salaries. We knew that much education stemmed from industrialisation of society however it now is likely to be facing direct commercialisation also.

This is a call to action for those of you who feel compelled to act. Please sign our petition at https://speak.org.uk/what-future-can-we-afford-petition. By doing so you join your voice with many others in raising necessary questions to the issues we have detailed in this article.

Or for a printable postal version of the same campaign please download the file in the following link, then print, and post! https://speak.org.uk/file/what-future-can-we-afford-student-debt-pppdf

Reflect on the meaning of this verse: "At the end of every seven years you shall grant a remission of debts. " Deuteronomy 15:1-2

This is the manner of remission: every creditor shall release what he has loaned to his neighbour; he shall not exact it of his neighbour and his brother, because the LORD'S remission has been proclaimed. What does the Jubilee mean today? Do you think that we need a whole-scale cancelling of student debt?

2- Report by the Intergenerational Foundation http://www.if.org.uk/wp-content/uploads/2012/05/False-Accounting_-Why-Higher-Education-Reforms-dont-add-up.pdf